Building in the Backcountry: Part 1 of 6 [GUEST CABIN UPGRADE] 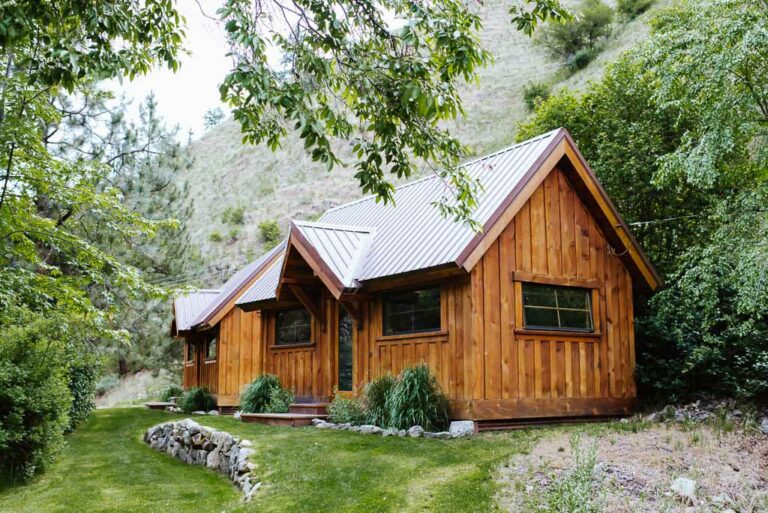 As owners of Mackay Bar Outfitters & Guest Ranch, we are very accustomed to the challenges of building and upgrading structures on our property here in Idahos’ backcountry. The remote and mighty Salmon River that winds through the unparalleled River of No Return Frank Church Wilderness brings about a number of building challenges when one decides to build or remodel! As a 5 star rated vacation venue located on the Salmon River in the Frank Church Wilderness (Idaho’s River of No Return),  Mackay Bar Ranch regularly hosts family groups, friend groups, wedding party groups and special event as well as corporate groups of all types. Over the last 6 years, we have upgraded our cabins, private rooms, grounds, main lodge and most recently, a custom built home for our family needs. This has certainly provided us with plenty of insights over the years, as to the extent of extra labor and planning involved when  building or remodeling structures here in Idaho’s backcountry wilderness. Over the next 3 months we will be sharing with you,  before and after photos, along with some of the trials and tribulations to consider while building in the backcountry. We will start with sharing the details of our guest cabin remodels that took place in 2013 and 2014. ALL building supplies are hauled in by airplane, jet boat or a seasonal Forest Service road, that ramps down a steep Salmon River canyon road with sharp hairpin curves to the river below. During the months of June to October (when the road is not covered in snow) we can utilize this 4wd road – FS Road #222 from Dixie, ID to Mackay Bar Ranch however weight limits and lengths can be an issue.   If we do haul material in by this road, we must plan on unloading on one side of the river and then reloading (somehow) to get across the 5.5’ ATV bridge and trail to Mackay Bar Ranch.    At times, we have helicoptered materials from the north side of the river to our building site at Mackay Bar Ranch. Always something to consider when hauling loads into Idaho’s backcountry is weight limits and overall size. Some items may be light enough to haul in the plane but would be too large to do so. Or, visa-versa as some loads may be the right size but way too heavy to haul in the plane! Loads up to 600 pounds can be carried in our Cessna 182. We can haul loads as heavy as 4,000 lbs in our twin engine jet boats (depending on water flows). Loads can also be trailered in by vehicle on dang near the roughest, windiest, steepest road you could imagine! Using our 1 ton pickups, we can pull 6-8,000 pounds on trailers winding their way down the 4wd only road from Dixie, ID to the Salmon River. Hauling loads via pickup may still require material  to be helicoptered from the bottom of the FS Road #222 (once at the river) to the other side where the ranch resides. The 5.5′ wide Mackay Bar Bridge, situated at the bottom of the FS Road #222 from Dixie, stops many loads from being hauled straight to the Ranch. Roofing material would be a great example of this as the lengths can not make the turn after the bridge connects with the south side of the river. All items must be planned far in advance. For example, the cabins and all remodel at Mackay Bar have historically been done in January – April (during our slower winter season). With this said, all material needs to be hauled in during August and September prior to the #222 FS Road closing from snow. Once the end of November starts, the river has a good chance of being frozen until sometimes, as late as March 1st, precluding jet boat transport during this time frame. Also, our jet boats are generally tied up in October and November during our primary season which is steelhead fishing and hunting season (September – November). Winter travel by airplane can be very unpredictable because of snow on the runway and bad weather. During construction, power is needed to run saws, concrete mixers, power tools and heat. At Mackay Bar Ranch, power is supplied by a hydro system that was put in place during WWII.    Supplemental power can be supplied by propane generators for power tools that consume extra power. All supplemental power is ran off of smaller gas generators or the larger 17KW propane generator. Seven – one thousand gallon propane holding tanks – store propane for all ranch consumption. Typically, twice a year, propane delivery is hauled down the #222 FS road to the river by Idaho Country Propane. They haul in 3,000 gallons per trip! This has to be scheduled during the six month period the road is open (and not covered in snow)!   Once again . . . planning . . planning . . . planning! This first month’s blog references the cabin remodel during 2013 and 2014.   During this time frame, three – 300 square feet guest cabins were remodeled from the ground up, as follows:

Many friends and family helped out on the cabin projects when we first became owners of Mackay Bar Outfitters & Guest Ranch 6 years ago.

As a final mention, it’s always important to stock up on items such as screws, nails, tools, etc.  When you’re here at Mackay Bar Ranch nestled in the Frank Church Wilderness on the “River of No Return” it’s not as if you’re able to run to the store for misc items. If you are out something, it will take at least a week to get it in!  Many times, if items are ordered on Amazon Prime by the latest Friday morning, we can have them delivered to Arnolds Aviation in Cascade ID on Tuesdays.  By Wednesday, if the weather is good, the mail plane can bring in the supplies!

We hope you’ve enjoyed a peek into our world here at Mackay Bar Ranch and the extra grit and perseverance it takes to build and remodel in the backcountry! Be on the lookout for more before and after photos and details over the next three months in regards to our ranch upgrades! 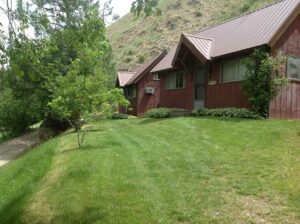 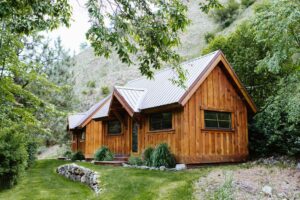 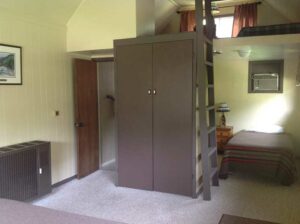 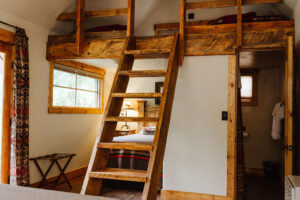 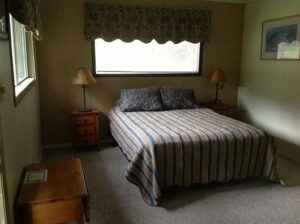 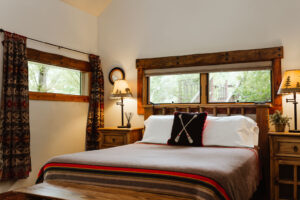 Todd H

Amazing Experience
Read More
What an amazing fishing trip. This was my third trip to Mackay Bar and loved every minute of it. Buck and Joni are awesome hosts. The food is excellent, accommodations are clean and comfortable, and the ranch location is beautiful. Thank you again for another great year!! Be back soon.
Gerald Feenstra

Great accommodations, great food, great people
Read More
We had a great time at Mackay Bar. From the time we got there we felt at home. Stayed in nice rooms, had great food, good company. The lodge always had a fire going and was cozy. I highly recommend staying here for hunting, fishing, or even just a getaway to a remote spot in the mountains. Views are incredible!
Getaway33338925724

Exceptional in every way.
Read More
Buck and Joni were born to do exactly what they're doing by running Mackay Bar Outfitters. They're attentive and driven to make your trip more than you came hoping for and they make you feel like and old friend. Great food, incredible boats and guides and the best spot for a lodge on the river. We had a group of 24 and every single one of us had a blast.
Stacy B

Multi Generation Family Adventure
Read More
We cannot say enough about how much we enjoyed our stay at Mackay Bar! From the moment we were met at Vinegar Creek Boat launch we were treated like family and launched into our weekend adventure. We enjoyed fishing, horseback riding, hiking, swimming, bridge jumping, trips to Buckskin Bill's for beer and ice cream (try the Porter Float), exciting jet boat rides and delicious home cooked meals. (Continue Review)
Bear L.

Great Venue for a wedding
Read More
Close friends were married here in early May 2014. It was just perfection. The owners and staff did everything within there power to make sure we (14 people) were happy and satisfied at all times. Buck and his family work so hard they seem to never stop moving. The cabins are clean comfortable and secure. The grounds are very well kept. The food is fantastic. The runway is in good shape with plenty of room for parking. The resorts jets boats are in great condition and are expertly piloted. (Continue Review)
Valarie P.

Easter Celebration
Read More
Joni and Buck are excellent hosts to their ranch. Suzie, Jason and Aubry and Ky were absolute pleasures and not a task they could not accomplish readily and cheerfully. The Jetboat ride is exciting with the realization of mother natures forces of water, absolutely spell binding. Buck Captains the Jetboat and wild water with the skill and judgement of a well seasoned Seaman. His "eagle eye" was quick to point out the natural inhabitants to the nearby mountains (Continue review)
Previous
Next

We’re an Equal Opportunity Service Provider and Permittee of the
Frank Church River of No Return Salmon River Wilderness.